It has been claimed that Jimmy Page played session guitar on the song "Have I The Right".

This is however untrue.

Jimmy Page did do session work for Joe Meek but this band was a real performing group who had come from playing regular gigs.

Every one was a genuine musician, and they had perfected a sound which Martin Murray had worked hard to achieve.

But here is what Martin Murray himself said about this question just in case anybody needed further clarification:

"I have heard this story many times before, the answer is NO, the only Musos to play on Have I The Right was the HONEYCOMBS."

Nonetheless looks like on their debut album there are two tracks of interest, the first is "That's The Way", which also was issued as a single and features Ritchie Blackmore, and the second is the Freakbeat number "She's Too Way Out". 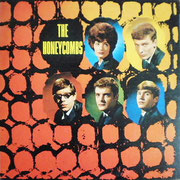