It's always nice to find a rare record but what about an album that many cite as not existing at all!

This entertaining LP was made by a studio combo put together by session drummer Bobby Graham and featuring Jimmy Page and John McLaughlin. The band was assembled on behalf of French label Barclay, to provide backing to French singers recording in London such as Sylvie Vartan, Michel Polnareff and label boss Eddie Barclay. In addition to their session chores, they recorded this rarity in February 1965. Three tracks were co-written by Page and Graham (‘Stop The Drums’, ‘Drum Stomp’ and ‘Lord Byron Blues’), and the whole album features prominent guitar-playing from Page, including some cool fuzz on the former and great slide on the latter. There’s also no shortage of organ and drum breaks, making it one of the more enjoyable instrumental LPs of its time. (RMJ)
BRITISH PERCUSSION Lp by THE LONDON ALLSTAR (produced by Bobby Graham). Very obscure and important session for collectors as this recording features a young JIMMY PAGE on fuzz drenched, lead guitar (pre Yardbirds and Led Zeppelin). This is a killer Lp, every track is brilliant, from mid '60s UK lounge funk / funky mod latin to psychedelic blues! Page penned 3 trax for this recording, STOP THE DRUMS (tons of heavy drum breaks / fuzz distortions and funky hammond) DRUM STOMP and LORD BYRON BLUES (credits Page being only 18 years old at the time of this recording). In addition, there are several other top tunes for DJs including wicked versions of COMING HOME BABE / WATERMELON MAN / NIGHT TRAIN / SPANISH ARMADA plus a brass heavy, KPM style library groove called BEEFEATER ( mohawk style ) ! , All these trax are funky and groovy with a swinging Carnaby Street cum discotheque sound. Amazing fuzz leads / jangly rhythms from Page and McLaughlin, blistering Mohawks style hammond solos from Kenny Salmon and funky congas / tuned latin percussion from Barry Morgan. Oh, and the 2 funky drummers are pretty hot too !
this record was never actually released in the UK, only in France ( original first press 65 ) and after in Italy ( 66 ) , Very Rare Lp ! ! !
Musicians on this session included :
Jimmy Page - lead guitar (pre Led Zeppelin and Yardbirds)
John McLaughlin - rhythm guitar (Graham Bond / Rolling Stones)
Kenny Salmon - organ (top UK Library session man)
Arthur Greenslade - piano
Andy White - drums (pre Ringo Beatles etc)
Arthur Watts - bass
Barry Morgan - percussion (top UK Library session man)
Ray Davis - trumpet (top UK Library session man)
Bill Skeets - sax(Groovecollector)
Picture the scene, February 1965 and Eddie Barclay, the millionaire playboy owner of Eddy Mitchell's label, the eponimous French Barclay asked Bob Graham, the most prolific and often uncredited session drummer to emerge from the UK pop scene, to produce an album for the French market. Credited to Le London All Star, "British Percussion", released in September 1965, was a stereo showcase, and featured a stunning array of British musicians.
The higher calibre of studios and musicianship in London attracted many acts from abroad. The French pop star Eddy Mitchell was a regular visitor, recording at least eight EPs in London. For Mitchell's releases the session men were dubbed "The London All Star". Graham recalls: "Charlie Katz rang - 'please be at Pye records, don't ask who the artist is'. I plodded along there, said to (engineer) Bob Auger 'who is it tonight?' - 'Eddy Mitchell', 'who the hell is Eddy Mitchell?". Every record on the Barclay label credited to The London All Star features Graham, Jimmy Page and Big Jim Sullivan. Other French acts like Francoise Hardy, Michel Polnareff, Eric Saint-Laurent and Sylvie Vartan would also record in London.
Graham used his session colleagues - guitarist John McLaughlin, bassist Alan Weighell, drummers Andy White and Ronnie Verrall. Jimmy Page's contribution was significant. He played lead on every track and co-wrote three with Graham.
A bombastic blend of mod groovers that's hard to match - a supreme and swinging blend of jazz and R 'n' B. Banks of trumpets, trombones and french horns blare to the incessant "Mohawk" meanderings of Kenny Salmon's organ. Not only do we have Led Zep's Page on lead but an early outing for John McLaughlin on rhythm guitar makes this an important date. Mr.Page himself once stated,”No such record was made”, and numerous other collectors have also declared this record as myth.
Recorded in Pye Studios, London in a single session - this is history in the making. Their version of 'Image' is perhaps the finest ever heard. The real sound of "Swingin' London". (Adrian T'vell-Quimsy) 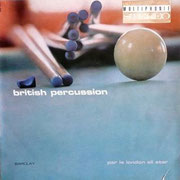 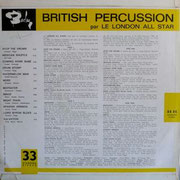 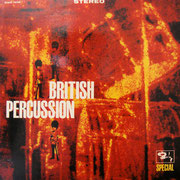 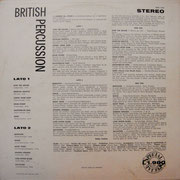