Sometimes referred to as "The Lost Brian Jones Album", the soundtrack to the film "A Degree of Murder", is one of the great unknown pieces of rock and roll history floating in the haze.

The soundtrack was recorded at IBC Studios between late 1966 and early 1967 with all music composed, arranged and produced by Brian Jones.

Glyn Johns served as the engineer for the sessions, who as you know would go on to assist Led Zeppelin in recording their first album.

Jones couldn't play the entire soundtrack himself, and thus enlisted the aide of some of London's top studio musicians including , Nicky Hopkins (piano), and Peter Gosling (background vocals) and Jimmy Page on guitar.

Like so many other events in the history of popular music, Jimmy Page was their to witness and contribute. 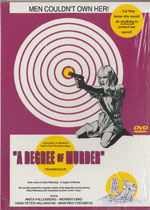 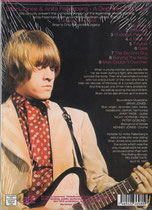