A child star of film, TV, radio and record, known in the 1940s as ‘Britain’s Shirley Temple’, Petula Clark had been signed to Pye since 1955 and enjoyed her first UK number one in 1961 with ‘Sailor’. 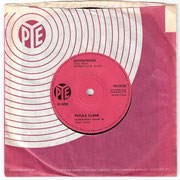 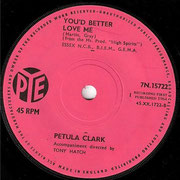